Glycosidases have different functions, most of which are required as degradative enzymes for the digestion of carbohydrates to monosaccharides. Some glycosidases are required for the catabolism of polysaccharides, in response to physiological requirements and the turnover of complex carbohydrates. In contrast to these degradative enzymes, some intracellular glycosidases participate in a biosynthetic pathway, such as α-glucosidases, α-mannosidases, and N-acetylglucosaminidases.

Many glycosidases can utilize specially engineered substrates both as glycosyl acceptors and donors. By using these substrates carrying various functional groups in the molecule, structurally modified carbohydrate products can be prepared and the regioselectivity or the yield of the enzymatic reaction are influenced. Amerigo Scientific offers a range of glycosidases and kits for release of N- and O-linked glycans from glycoprotein therapeutics, cell lines, biological fluids, or any glycoprotein moieties of you interest.

Endoglycosidases are enzymes that cleave internal linkages in a glycosidic chain, releasing an oligosaccharidic residue, for instance, removing the entire intact oligosaccharide portion from a glycoprotein. Endoglycosidases that work on N-linked glycans and O-linked glycans are effectively used for the structural studies of complex carbohydrates. Endo-β-N-acetylglucosaminidases from Flavobacterium meningosepticum cleave both high-mannose and complex glycoproteins, including Endo F1, Endo F2, and Endo F3. All three enzymes hydrolyze glycosidic bond of the β1,4 di-N-acetylchitobiose core structure adjacent to asparagine. O-Glycosidase is a endoglycosidase that removes the Core 1 O-Linked glycan (Gal-β(1-3)GalNAc-α) from serine or threonine amino acids.

These endoglycosidases are highly stable in clean preparations with no glycerol, NaCl, or other additives such as EDTA. All enzymes are tested for the absence of proteolytic or unexpected glycosidic activity.

Although peptide N glycosidase F (PNGase F) is an amidase, it is generally classified as an endonucleosidase due to its similar activity of cleaving intact N-linked glycans. PNGase F is suitable for release of all types (high-mannose, hybrid, and complex) N-linked glycans from glycoproteins and glycopeptides, but does not remove oligosaccharides containing α(1-3) linked core fucose commonly found on plant glycoproteins. 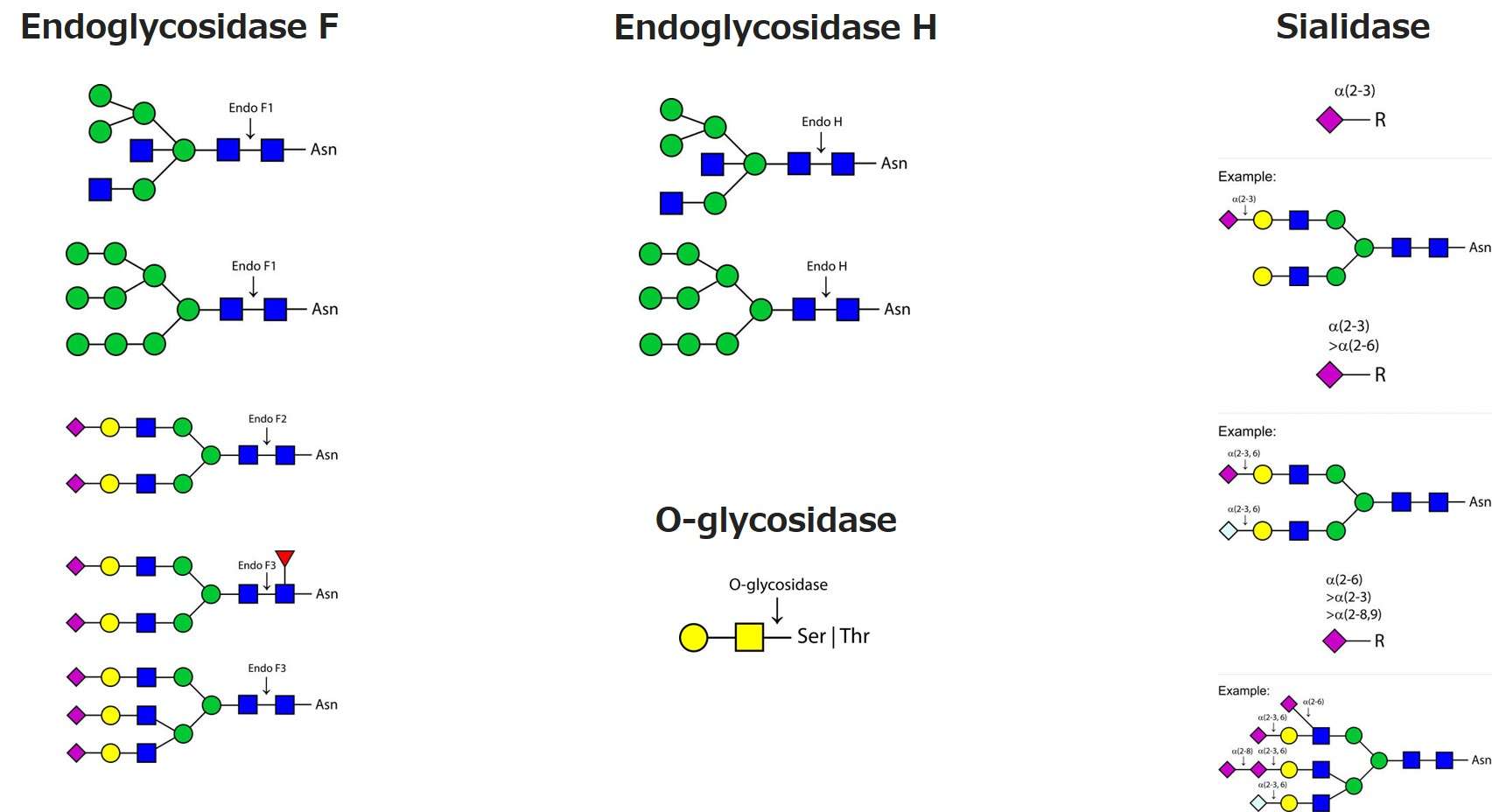 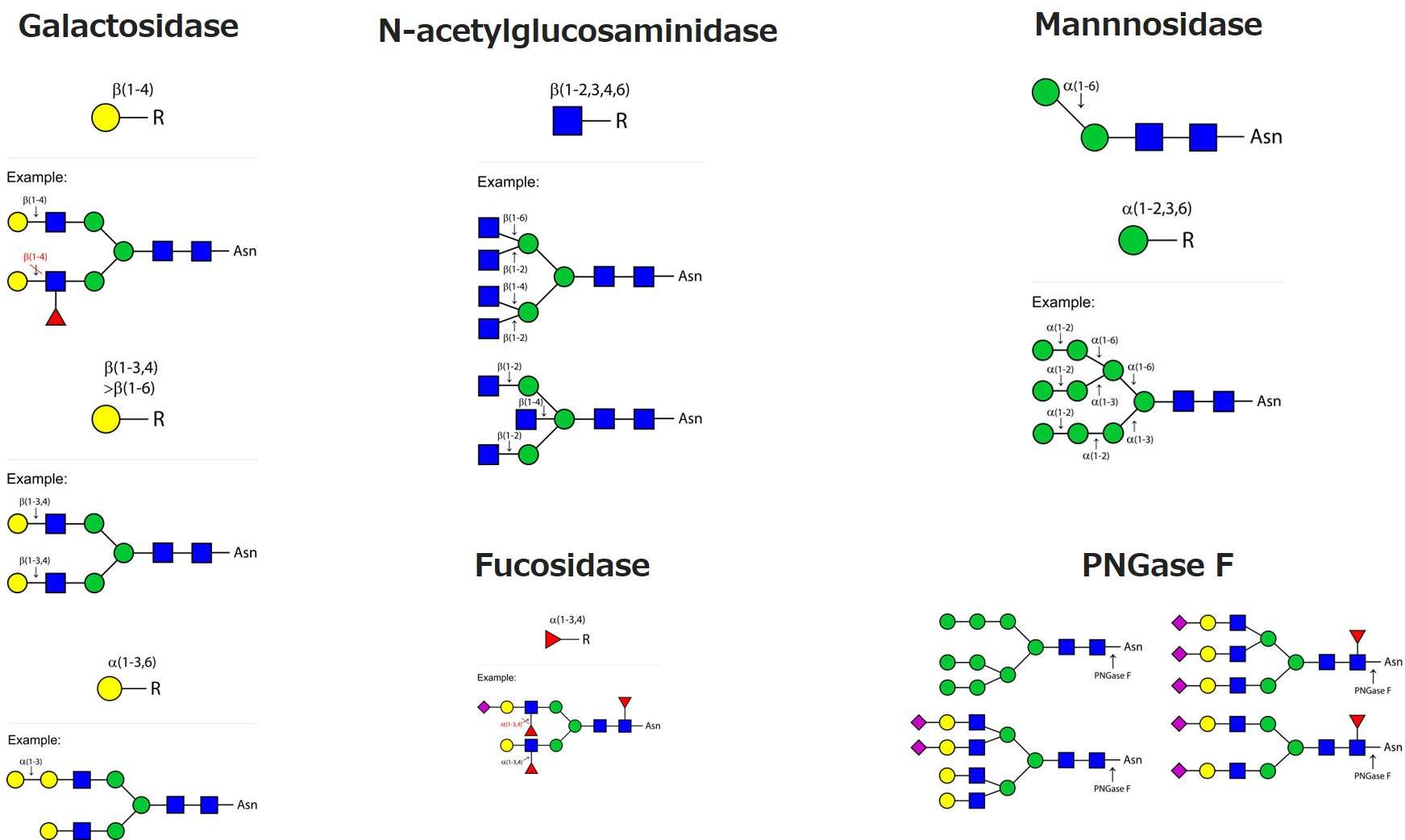 All exoglycosidases are tested for the absence of proteolytic or unexpected glycosidic activity and can be used for: