Viruses vary in composition, structure, morphology, size, and stability. The process of collecting virus samples and shipping them to laboratories for testing is key to studies of viruses and their associated diseases. It is generally recommended that specimens for virus isolation be inoculated into cell culture as soon as possible. If a suitable transport medium is used, successful and reliable isolation can be accomplished. For the infectious or pathogenic viruses, rapid inactivation of viruses is a solution for safe transport and routine detection.

Inactivir® viral inactivation buffer (VIB) is used to inactivate pathogens in transport tubes containing pathogenic samples. Inactivir® VIB lyses the cells and denatures the virus in the sample, leaving the virus in an inactive and non-pathogenic state, which makes the transport and detection process safer and reduces the requirement for Category 2+/3 handling of potentially pathogenic samples. The formulation of Inactivir® VIB can inhibit nuclease activity, allowing samples to be transported at room temperature and maintaining virus stability.

Validated with both column and magnetic-bead based methods, Inactivir®, Inactivir® PLUS and Inactivir® SDI STANDARD allow samples to be added directly to silica-based nucleic-acid purifications. This means the amount of sample used in the purification can be doubled, as there is no need to add binding buffer in the first step of processing. This will increase sensitivity as twice the amount of sample is purified.

Inactivir® VIB is a series of buffers that inactivate viruses responsible for epidemics such as Covid-19, SARS, MERS, Ebola, etc. These buffers are designed to be used at a maximum sample to buffer ratio of 1:3.

Viral transport media are liquid systems that transport viruses in active form to the laboratory for isolation and are particularly suitable for samples collected by swabs, such as skin, nasopharyngeal, cervical, and urethral samples. Relatively high titers of virus particles were collected in these samples. Some laboratories recommend removing the swabs, while others recommend shipping the swabs with the culture medium.

The viral transport medium is used primarily for transporting swabs or materials released from a collection swab. 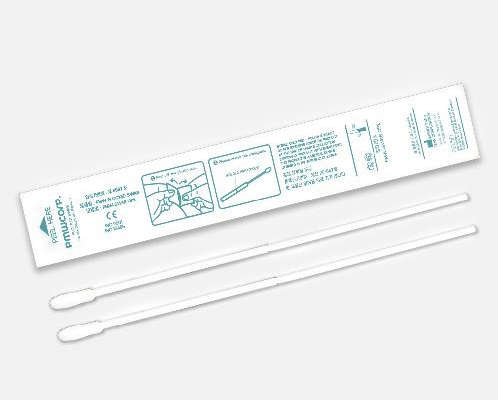 The swabs are made of synthetic fiber with plastic applicators and are CE, ISO13485, ISO9001, and FDA certified.