Laminin-511 can function as a scaffold for human embryonic stem (ES) cells and induced pluripotent stem (iPS) cells. But Laminin-511 is a supramolecular aggregate with a molecular weight of 800 kDa, which is difficult to produce as a recombinant protein. Therefore, we fragmented Laminin-511 to find the smallest component that binds to the integrin on the cell surface. This component with a molecular weight of 150 KDa, called Laminin-511 E8 fragment, is expressed in Chinese Hamster Ovary (CHO)-S cells as a recombinant protein. 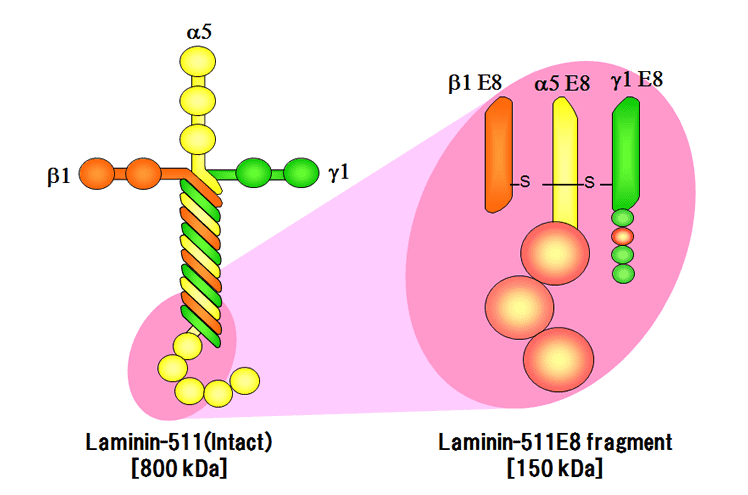 Laminin-211 (α2β1γ1) is the most abundant laminin isoform in the basement membrane of adult skeletal muscle. iMatrix-221 is a recombinant human laminin-221 E8 fragment protein expressed in Chinese Hamster Ovary (CHO)-S cells, and contains the integrin-binding site of the laminin-221 molecule.

iMatrix-221 is a cell culture substrate for proliferation and differentiation of cardiomyocytes and skeletal muscle cells, as well as other cells that adhere to laminin-221.

iMatrix-411 is a cell culture substrate used for proliferation and differentiation of vascular endothelial cells and bile duct epithelial cells, as well as other cells that adhere to laminin-411. 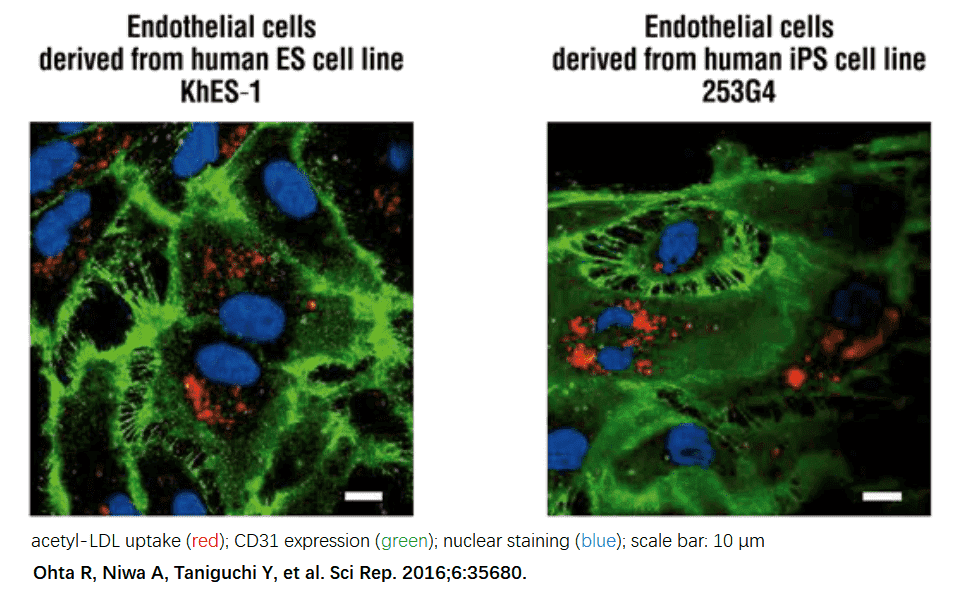 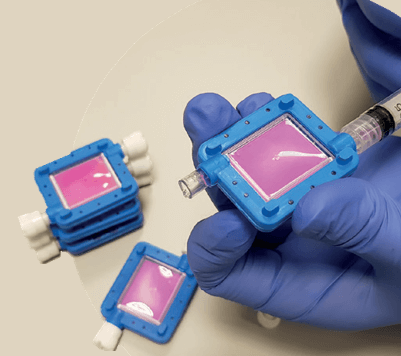 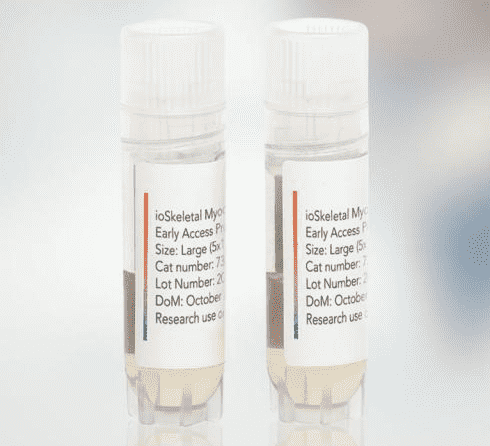